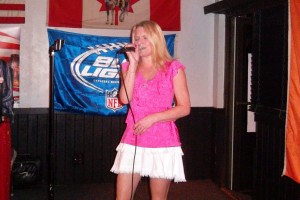 Is karaoke cool? Many die-hard fans of this aural interest would vehemently respond that they do not care, that it is inherently cool to them and that is all that matters. I’m just wondering if the public perception of this once upon a time obscure but now frenzied fad has changed over the years. “Karaoke” comes from a
compound word of Japanese origin and means ‘empty’ (kara) ‘orchestra’ (oke), which makes sense as participants are singing to a band that isn’t there. The karaoke machine, which started as a party pleaser and eventually improved with more available technology, was invented by Inoue Daisuke. For those who do not see karaoke as an important way for people to come together and have fun, he actually won the Nobel Peace prize for inventing the karaoke machine in 2004. 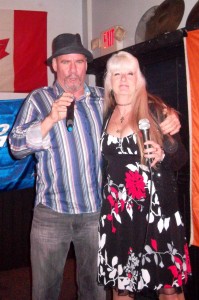 This pastime started moving heavily to the States and Canada in the 90’s. And as this fledgling fun diversion initially became more mainstream, it was taken even less seriously than it is now. Early critics dismissed it as just a way for drunk people to embarrass themselves. Yes, as we all know, this does happen, but that’s a crude interpretation of what is a dulcet departure from the once limited choice of socially interactive recreation. Critics should realize that karaoke is finally beginning to be seen as a legitimate source of entertainment. Karaoke then spread from restaurants to bars, giving way to special ‘karaoke nights and competitions, giving every day people the chance to feel like professional singers and true stars. Recently the UK has even started to create a chain of karaoke bars called “Lucky Voice”. With the addition of many large television screens, dance floors and increased music selection, the level of popularity has risen considerably and steadily. 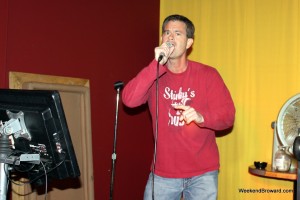 Interestingly, since karaoke displays the words and scenes of a song on a monitor, countries trying to improve their literacy rate have become interested in karaoke as a good educational tool. As the popularization of the internet has turned so many into passive receivers of entertainment, karaoke is a good excuse to actually get out and not only talk, but sing to someone instead of merely type words on a screen. 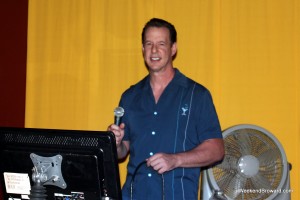 As you can see, the list of positive attributes goes on. Still, when some people speak of karaoke, albeit in comparison to professional singing, it can appear rather derogatory. For example, Randy Jackson of American Idol loves to say “Dawg, it was just too karaoke for me.” Recently I was speaking to someone regarding writing about a certain local band and they replied, “I’m not interested in any articles about a ‘karaoke-type’ band. What does that even mean? Maybe I’ve been too spoiled in the sense that the majority of amateur singers I have listened to have been actually very talented. Perhaps the people that put down any karaoke level of singing have not been so fortunate in their sonorous sensory experiences. I’m not saying that we should put this casual choral craze on the same level as the chart topping singers out there, but can we get the public to realize that it’s not just tone deaf idiots singing in their shower either? Some of these unpolished pipes can actually truly shine. When it all comes down to it, the lovers of this leisure activity are right. Who cares if karaoke is still often perceived as terrible singers wailing off-key into a microphone in an airport bar? If you have tried karaoke, you know the deal and you’re probably not as quick to judge something based on some uneducated naysayers. So, the verdict? Yes, karaoke is cool!

2 thoughts on “THE COOLNESS QUOTIENT OF KARAOKE”