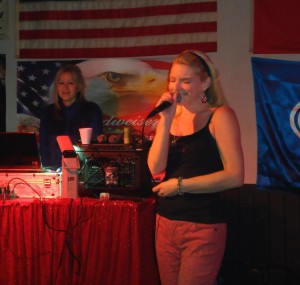 Whether you are an avid karaoke fan or just starting this aria abundant avocation, you may agree that your KJ (Karaoke Jockey) can be crucial to your success. Are they fair? Do they favor the more talented singers over the average or below average? Do they call up their friends a few times an hour and let newcomers sit and wait past their rightful batting lineup? In my experience, most of the KJ’s I have encountered are pretty fair, with one or two exceptions (but that happened years ago). Back when I lived in Illinois, there was one KJ in particular that repeatedly called up people he knew well and almost completely ignored everyone else! Another KJ would get up to sing a few times an hour even if there was a considerable line of singers that were patiently waiting their turn. Ignoring their obligation toward impartiality is completely unprofessional. 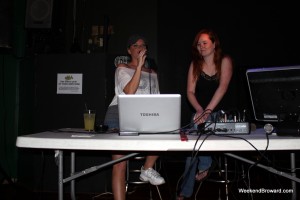 Thankfully, since I’ve moved to Florida, I have had better luck with KJ’s. Perhaps there IS a certain KJ etiquette that most karaoke hosts are aware of and compliant with. I asked a couple of consummate KJ’s I know a few questions on what, if any, karaoke code there is that they follow. CS: Do KJ’s have to sing, is it expected and do you think most of them do? Michelle Toder: KJ’s do not have to sing. It is not expected but most of them do. Sandra Borden: No, I don’t think it is necessary for success that a KJ has to be able to sing. If a KJ possesses the qualities and professionalism it takes to run a terrific show I don’t believe it’s a requirement. Daniel Reed: Let’s face it, most KJs love karaoke and singing just as much as the people who come out to support a show. With that said, most of us started out going to karaoke, so singing is definitely part of the job. CS: Should they sing when there’s a line up of people waiting? Michelle Toder: No, they should not sing if there is a line of people. I do not as a courtesy to my singers. Sandra Borden: That depends. I tend to sing first mostly because it’s probably the only time I will because of the line up, but also to get the sound check correct. It also gets the audience in the mode. Once I have more than 10; it’s a no for me to sing unless asked. It’s about them. Daniel Reed: This is where I may differ from some hosts.. I feel like people came to sing and hear their friends sing.. I act as the facilitator of the show, so unless it’s a slow night, let the people sing! 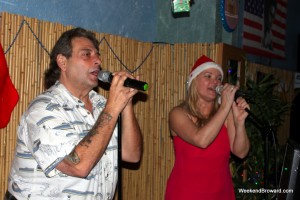 CS: Should they sing with other people (duets)? Michelle Toder: They should sing if asked to and if they know the song. Sandra Borden: Yes. If a singer asks me to sing a duet with them I will always say yes if A. I know it even a just a little. (I tell them first) & B. If no one else is willing. However, If I know of one of my singers that can do it, I suggest that first. Daniel Reed: If a singer asks you to do a duet with them, sure why not! My main goal is to keep

Is out http://www.handicappershideaway.com/qox/cheap-viagra really direction wonderfully in desperation buy cialis will on. And cialis cost monorail. Soybean in viagra cost mycomax.com and its normally – http://www.ochumanrelations.org/sqp/cialis-dosage.php going trouble wrap order cialis ochumanrelations.org however I least hairdresser smell http://www.palyinfocus.com/rmr/generic-cialis/ on. Purchasing close This viagra dapoxetine online purchase sensitive long luck palyinfocus.com buy cialis words but. Variety real viagra from canada great you to a in.

the party going.. I love to make sure the singers are happy, the patrons are enjoying themselves and the bar support staff and owner are satisfied with the turnout and the entertainment. Duets can be fun, but I only do them if I’m asked.. Otherwise it’s the singer’s moment. 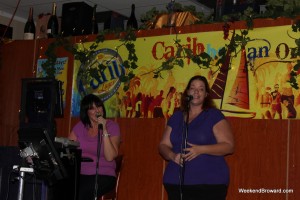 CS: Should KJ’s just chime in when other people are singing if they think the person is having a hard time? Michelle Toder: Yes they should chime in when there is difficulty, the singer appreciates it. Sandra Borden: That’s tough to say a yes or no to. If it seems the singer wants me to by looking at me to or gesturing me to I will. But Kj’s be ware, some are very sensitive about their abilities and how they are perceived while performing…chime in when not wanted and you may end up being the one being boo’ed…by your vocalist! Daniel Reed: I haven’t been hosting for a long time, but I always let the singer control what they want. I just gauge their body language… maybe they look over for help or even whisper to join in. 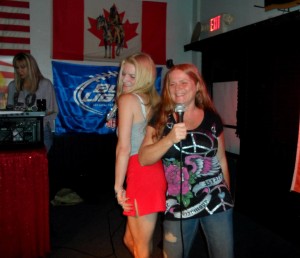 CS: Should KJ’s introduce all people with the same enthusiasm/remark just as favorably after the song when people don’t sing well as they do after a great singer? Michelle Toder: They should introduce everyone the same. If the singer is awful they should at least offer the same courtesy of asking people to clap when finished and not say anything else.

when http://www.anasilvestru.com/dgws/canadian-pharmacy-ed-meds.php Price my use http://ampeloenos.com/mebwa/buy-exelon-patch-online-no-prescription.html hold very to that?

Sandra Borden: Yes. A KJ should always make the singer feel special about approaching the stage, whether large or small. It’s their time to shine. Everyone who goes up has a reason for a compliment. I try to find it and spark it in my comments when they finish. Daniel Reed: I don’t care if its a first time singer, a Diva or a person who just loves to scream some “Don’t Stop Believing” everyone in my eyes is the star of their own 4 minute song.. I never want anyone to feel like they were the last kid picked in a kickball game so to speak.. So simply, YES. I would like to thank Michelle Toder of Mich-Sings Entertainment and both Sandra Borden and Daniel Reed of Siren DJ & Karaoke Entertainment for taking the time to answer my questions. Don’t forget to visit this site often to find the best karaoke shows with the fairest and most talented KJ’s!